The Kawasaki KLR650 has a proven track history, having only a few changes since 1986. We're not sure why they aren't more popular really, they are quite cost effective and comfy. While a Suzuki DR650 can be bought cheaper, most people then have to go get a bunch of aftermarket bits to make it more useful, but not so with the KLR. The headlight is properly bright (no DR candlelight). There's a windscreen already there, and being factory, it actually works! Quietly too, no squeaks or wind-noise, without buffeting a peaked helmet. Nice big fuel tank. Good handguards too. Blinkers that drivers can see. It's all very well thought out and works harmoniously, not just thrown together like a meccano set.

If you do want to accessorize though (and plenty do), here's a couple of tips: You get a full Fork service and revalve with our V4s kit, and new fork springs. Plus a full Shock service, revalve and a new shock spring for your weight too. All dyno tested.

Up to 2007, the forks were a very small 38mm diameter, which from 2008 onwards saw an increase to 41mm. Both were Damper Rod Forks, which don't give any speed-sensitive damping, unlike more modern cartridge fork designs. One of the simplest solutions, without resorting to the huge cost and difficulty of grafting in cartridge forks, is to install what Kawasaki themselves used to call "Travel Control Valves" (they have also been called Gold Valves, PD Valves, Emulator Valves and a bunch of other stuff). We call them V4S Valves, and they help give damper rod forks some much needed speed sensitive damping. From the factory, the 40mm KYB Shock is lightly damped and under-sprung, making for some trouble if you are heavy or intend to carry any gear.

While it doesn't sound as amazing as an adjustable replacement coilover shock, once we have gone through your old KYB shock with new parts and custom set the valving to suit you and your riding, the end result is a spectacular improvement for a much cheaper price. You will want a stiffer rear spring too - there are heaps of rates available in our 20-038 Series Shock Springs. 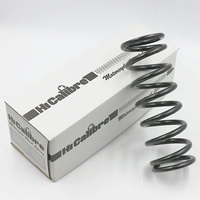 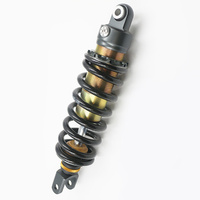